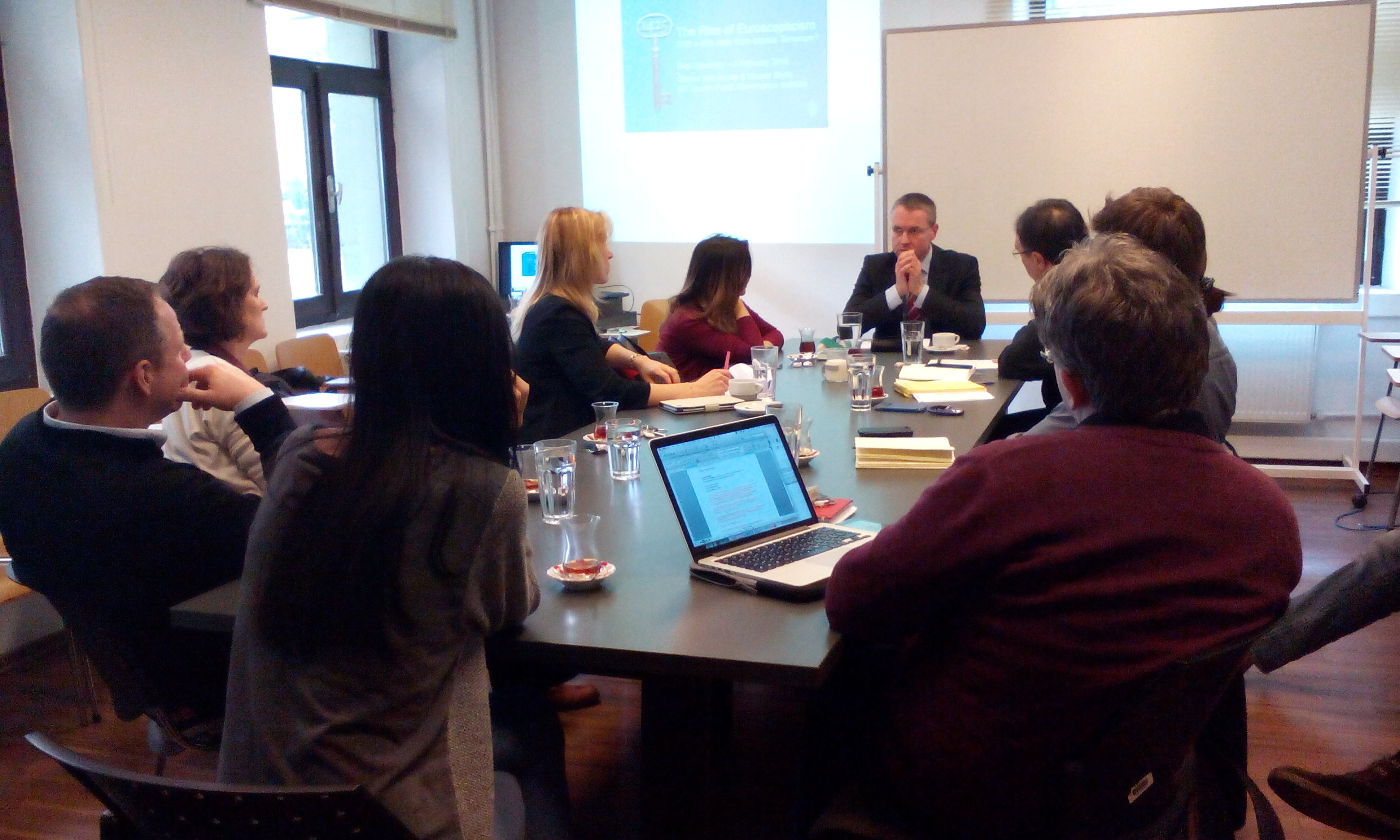 On Tuesday 3rd February 2015 Dr. Steven Van Hecke from KUL Louvain University visited Bilgi and the European Institute to give a short talk linking his subject to current events in the European space about “The Rise of Euroscepticism, with a little help from Islamic Terrorism?”.

Steven Van Hecke is assistant professor in Comparative and EU Politics at the KU Leuven University where he teaches European İntegration and Comparative Politics.He is affiliated to the Public Governance Institute and does research about Europarties, EU institutions and political ideologies.

Some of his  publications are “Christian Democratic Parties in Europe since the End of the Cold War”(2004),”At Europe’s Service:the origins and Evolution of the European People’s Party”(2011),”Readjusting the Council Presidency:Belgian Leadership in the EU”(2012).