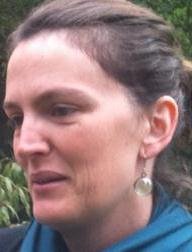 The aims of this project (Enlargement and EU funded projects in Turkey: from design to implementation, EUTUR) is to investigate EU projects in Turkey funded under the Instrument of Pre-Accession Assistance (IPA). Highlighting another face of the enlargement, EUTUR will permit to better understand the ongoing process and its stakes. Progression of EU-Turkey political negotiations toward accession is currently very slow. Since the opening of negotiations, in October 2005, only 13 chapters of the Acquis have been opened and only 1 closed. In 2006, 8 chapters relevant to Turkey's restrictions with regard to the Republic of Cyprus have been frozen by the EU and 7 chapters are vetoed by France or Cyprus. Since 2010, no other chapter has been opened. This does not mean there is nothing happening concerning Turkey’s EU bid. Last May 17th, a “Positive Agenda” between EU and Turkey has been launched in order to keep alive the enlargement process. A part from this new statement, since 2007, both candidate countries and potential candidates have received focused European funding and support through a single channel, IPA (consisting in five components: Transition Assistance and Institution Building; Cross-Border Cooperation; Regional Development; Human Resources Development; Rural Development). EUTUR will not be an evaluation of the EU funded projects according to their programmatic objectives, it won’t measure if they achieved their intended outcomes. EUTUR rather expects to draw the attention on the role and potential impact of a public action tool (the EU funded Projects) on the European governance of the Enlargement process on the one hand, on Turkish governance on the other hand. EUTUR will scrutinize the policy making process (between European institutions and Turkish government) that produce EU funded projects and analyse their design (comparing to other candidate countries). EUTUR will also look at the people who are involved in the projects and their practices.