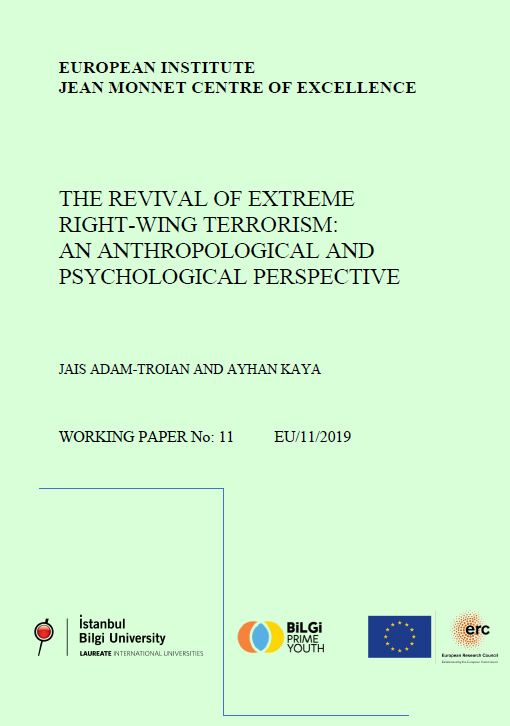 Extreme right-wing terrorism has currently become a wide-spread phenomenon across the world while the global focus has been on deadly terrorist activities with radical Salafist-Islamist aspirations since September 11, 2001. One of the latest attacks in Halle, an eastern city, organized by a young white German citizen against a Synagogue on the Yom Kippur Day, led to the death of two people on 9 October 2019. Another deadly attack in Christchurch, New Zealand, organized by a white supremacist person against Muslims attending the Friday prayer in a mosque murdering 51 Muslims on 15 March 2019 seem to have strong parallels with the murder of 79 Norwegian youngsters by another white supremacist, Behring Breivik in Norway on 22 July 2011. This Working Paper scrutinizes the social-anthropological and psychological sources of white supremacism on a global scale. This paper derives from the ongoing EU-funded research for the “Prime Youth” project conducted under the supervision of the Principle Investigator, Prof. Dr. Ayhan Kaya, and funded by the European Research Council with the Agreement Number 785934.