"The Future of the EU, Rise of Populism and BREXIT" 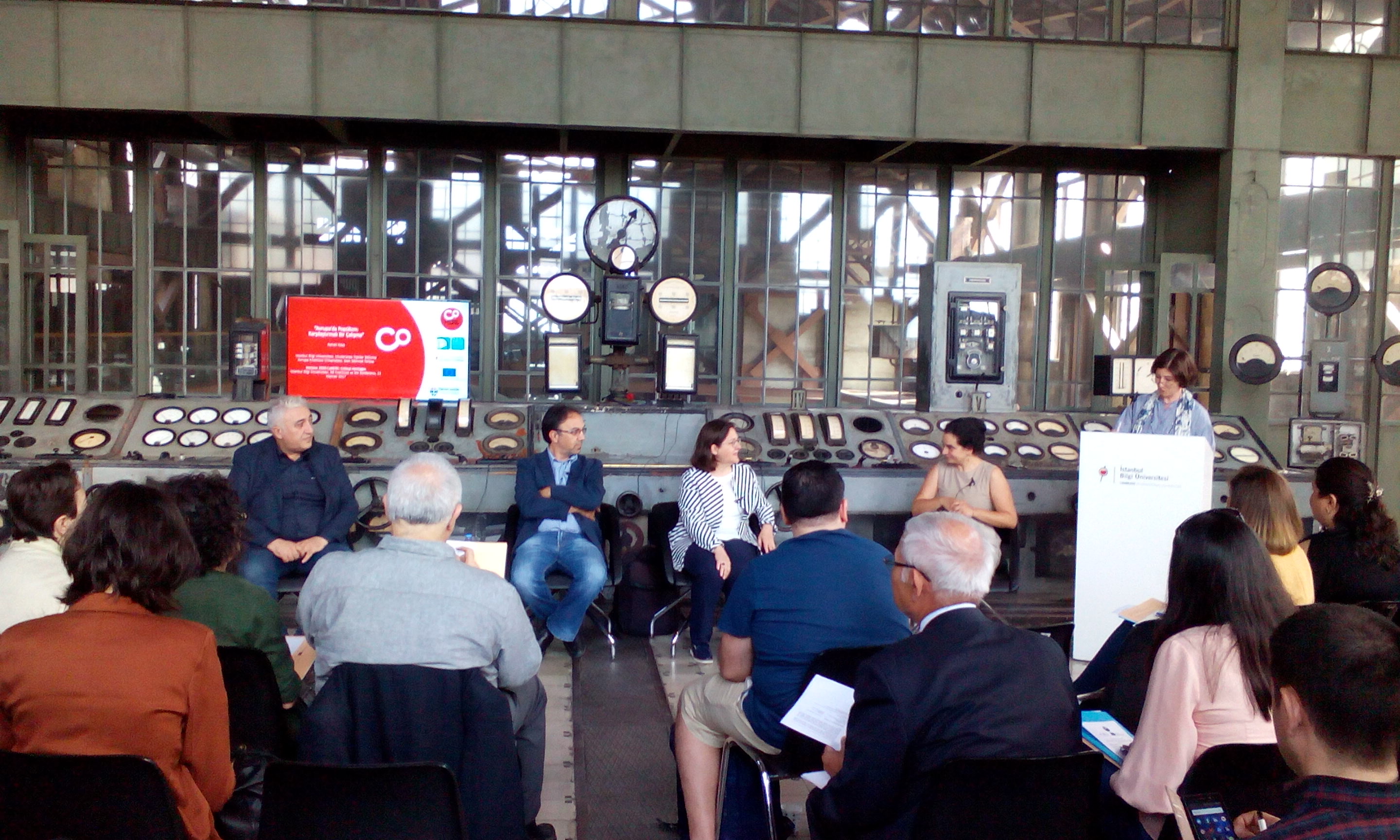 European Institute of İstanbul Bilgi University in cooperation with Economic Development Foundation organized a panel entitled The Future of the EU, Rise of Populism and BREXİT on June 21, 2017 at santralistanbul Campus.

The panel was held in order to discuss the effects of the rise of populism and Eurosceptism on European countries, and the affects of the transformation on the global system, and of corporate governance on their social structure, as well as Brexit, the future of the EU and where Turkey will be positioned in all these developments. Professor Ayhan Kaya, Professor  Hakan Yılmaz and Assoc. Dr. Çiğdem Nas discussed the current and critical issues about the European Union.

Professor Hakan Yilmaz discussed the history of populism in Europe dating back to early 20th century. He argued that Europe has a tradition of populism thus it's recent rise was to be expected. Yilmaz highlighted the centrality of fears for safety and security, the economic crisis, and a seeking an escape from the truth have initiated the rise of the populist movements. He suggested that the only to address issues stemming from populism is to increase the institutional competency of the EU.

Professor Ayhan Kaya discussed the initial finding from the CoHere project's field work. He argued that there are various populist political parties and movements across Europe. He also discussed the nature of populist movements in Turkey, Italy, Greece, Germany, the Netherlands, and France through examples obtained from the CoHere WP2 fieldwork. Kaya noted that populism is a strategy, an instrument, that can be deployed by any ideological configuration.

Associate Professor Cigdem Nas discussed the importance of identity in the legitimacy of the EU along with the principles of transparency, accountability and legitimacy. She argued that along with populism, nation states have also been on the rise partly causing the legitimacy crisis of the EU. Therefore, deferring authority to the EU has become problematic for member states. Nas also suggested that the recent political crisis in European countries can be addressed by increasing the authority of the EU over nation-states.