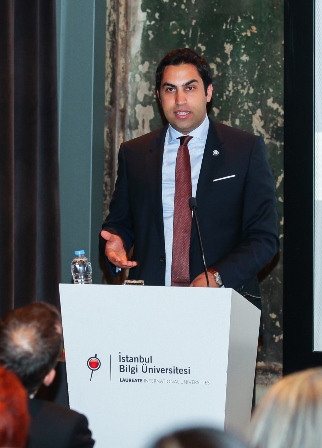 The UN Secretary-General’s Envoy on Youth Ahmad Alhendawi came to BİLGİ on October 8 for the opening ceremony of the “Master in Advanced European and International Studies” Program which was organised by CIFE in cooperation with İstanbul Bilgi University's European Institute. Mr. Ahmad Alhendawi is also a former graduate of this program.

The opening speech was made by Matthias Waechter Director General of CIFE and was followed by the speeches of Prof. Dr. Remzi Sanver Rector of Istanbul Bilgi University and Prof. Dr. Ayhan Kaya Director of the European Institute.
Ahmad Alhendawi's inaugural lecture "The UN's Committment to Youth in the 21st Century" was followed by a reception.