THE SYMBOLS OF THE EUROPEAN UNION 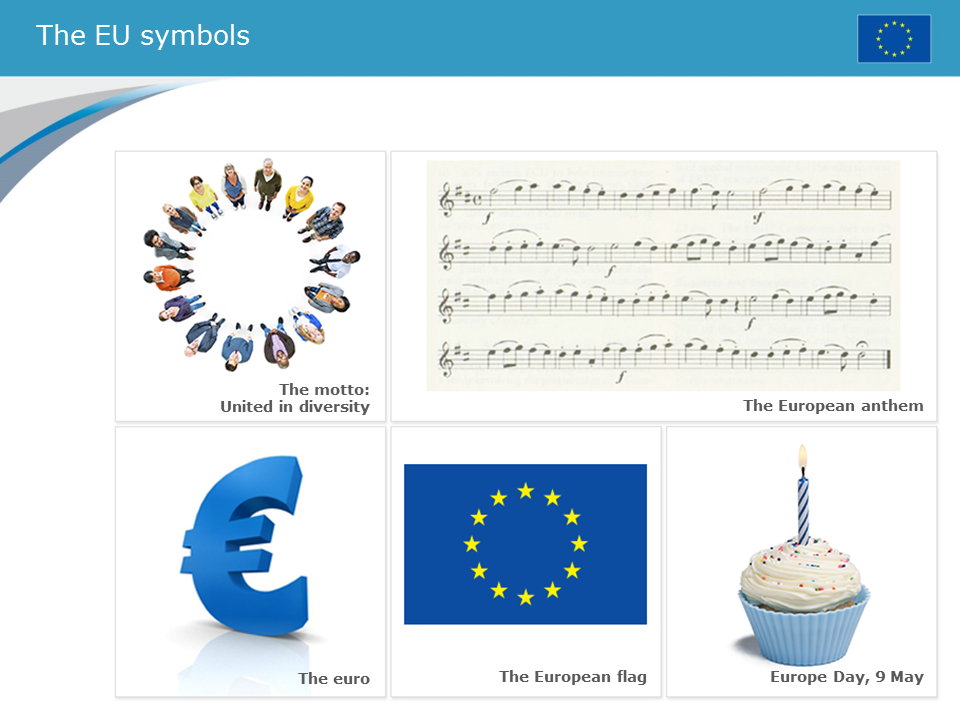 THE SLOGAN OF EUROPEAN UNION: “UNITY IN DIVERSITY”

The history of the flag goes back to 1955. The Council of Europe - which defends human rights and promotes European culture – chose the present design for its own use. In the years that followed, it encouraged the emerging European institutions to adopt the same flag. Therewith, the European Union has been started to symbolizing with a flag which is blue colour and 12 yellow stars. The flag remarks to the identity and unity of Europe. Even though some people assume that the 12 stars represent the number of EU member states but actually it represents unity and harmony.