Discussing European Identity and its Crises: A Perspective from European History and Culture 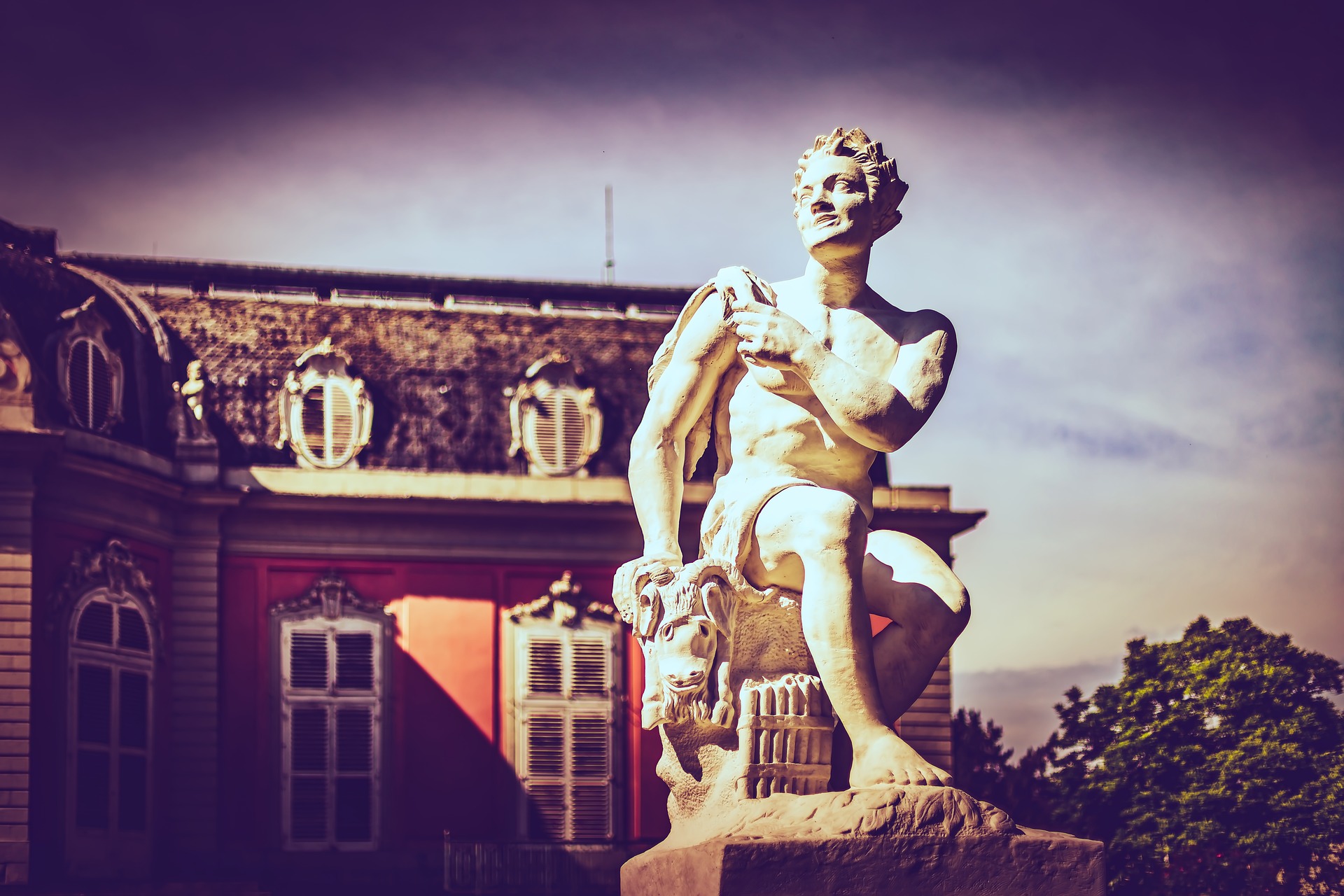 The recent Covid-19 pandemic not only effected national states, but also had an important impact on the European Union. It brought back old debates on European versus national identity leading to headlines about a ‘European Identity Crisis’. Inspired by these current discussions, our European Studies and International Relation MA students wrote on different aspects of European identity.

In this special blog series, we would like to share with you four research papers submitted in the course of the seminars ‘Special Topics in European Studies’ and ‘Political Sociology’. While our first three contributions deal with European identity in the context of the recent pandemic, the last explores the connection between European identity and cinema.

The blog series continues with Begüm Eren’s historical approach on the formation of European identity. Her research ‘Discussing European Identity and its Crisis: A Perspective from European History and Culture’ was submitted for the seminar ‘Special Topics in European Studies’ in the spring term 2020.

Discussing European Identity and its Crises:

A Perspective from European History and Culture

The views and opinions expressed in this blog entry are those of the authors and do not necessarily reflect the official policy or position of Istanbul Bilgi University and European Institute.

Europe is a continent that embraces different states, actors, and peoples. Throughout its history, it has witnessed wars, actions, conflicts along with peace. Different states have had different characteristics therefore this pulled them into sometimes peaceful yet sometimes undesirable eras. However, this does not change the fact that even conflicts can bring people together and create a relationship between them. Hence, the common history has been created by those events in the continent of Europe.

History helps the creation of identities with the help of stories, symbols, and people. Nevertheless, there is also the possibility that these helpful elements do not come along with history naturally but are created by the people. When people aim to form identities or cultures, they use created elements. In other words, identity does not have to be developed naturally, it can be formed by time with the cooperation of people (Shore, 1993). Therefore, when we think about European identity it is accurate to say that European identity did not occur in one day only because of history. Furthermore, it should be considered that international and supranational actors’ wishes have been effective in the creation of European identity. In this case, as the biggest supranational actor placed in Europe, the European Union has played the most significant role in the formulation of European identity.

The foundation of today’s European Union started with the establishment of the Coal and Steel Community in 1952. Then it evolved to the European Community and finally became the European Union as we know today. While it was evolving, the people of it evolved as well. When the Community was established, the biggest aim was to pacify the conflict between France and Germany. Besides that, the Union aimed to become an ever-closer union for the ‘people of Europe’ (Aydın Düzgit & Tocci, 2015). However, something was missing: the people of Europe (Shore, 2000). As mentioned above, the people who have lived in Europe witnessed countless common events, nevertheless, none of them created a unification. Therefore, their identities were separated and nationally focused. Considering this situation and to complete the idea of ever closer union or people’s Europe, the European Union had to support cultural elements that were important factors for the creation of a European identity.

As mentioned above, history plays a crucial role in the construction of identities. People who do not know their history do not have sufficient reason to strive for their future. Therefore, rebuilding Europe’s history would have been the first step of the European Union on the way of building a European identity (Shore, 1993). Nevertheless, we cannot say that this was the best decision ever made. Considering Schumpeter’s idea of beginning the construction of identity with culture would have been better (Shore, 2000). The founding fathers of Europe Adenauer, Monnet, and Schuman were the leader of these movements. They started the construction of European history, with the history of ‘Europa’. The roots of this history go back to the ancient Greek myth Europa who was the founder of Europe. Starting with this background, the story of the continent of Europe has built and began to be revealed. Books have been written on the story of Europa and ancient goddesses of Europe and booklets have been published (Shore, 1999). They have been given to the European Union members and began to be studied in schools and conferences. However, the story of Europa was not enough to unite the various nations, therefore events that can bring them together have been invented one by one. The Women of Europe Award was one of them (Littoz Monnet, 2013). Women all around Europe could be chosen for this award. Though, these woman had to carry some characteristics such as representing a picture of European women, supporting the European cultural identity and integration, and implementing Europe’s characteristics in her own life. Therefore, giving this award to the nominated woman was showing the ‘people of Europe’ that they could be together, European, from a different country yet united. Consequently, the Woman of Europe Award was one of the main flames for the lightening of European identity.

Culture, cultural policies, and integration were the additional crucial advocates of European identity and have therefore been promoted by the Union strongly. To have progress on culture and integration, historical factors alone were not strong enough. Henceforth, the Union focused on cultural policies. If we think about Europe today, one of the main concerns that occur in our mind is the idea of free land. This free land appears in the European Union as the Single Market. What we experience from the Single Market is the free movement of goods, capital, and labor. Considering them one by one, free movement of goods equals to free movement of national production in an international area. It gives people the opportunity of reaching distinct products, therefore, the cultural components. Secondly, the free movement of capital equals the sharing of opportunities in economic life. And thirdly, the free movement of labor equals movement of people, being a European citizen, and having the opportunity to reach anywhere on the continent. All in all, the Single Market allows a person to walk from Denmark to Germany, enter an Italian supermarket, and buy a French baguette if this person is a ‘European’. Consequently, the establishment of the Single Market was one of the important steps the EU took towards the construction of a European identity.

Although free movement of goods, capital, and labor created the environment of the free land, all this alone could not fully construct a European identity. Therefore, the Union decided for a common currency that will replace twelve national currencies. The Euro meant establishing ties between those people and providing the same routine for all. It may seem like the common currency, the Euro, is a piece of paper and a special name of it, however, the intended meaning of it is much more than what it seems like. For the designation of the Euro, a competition was arranged by the Union. It was aimed that even this piece of paper will carry the meaning of being European and travel around as a symbol of the people’s Europe. As we can experience today, the travel of the Euro is completely unbounded in the Union and even some neighboring countries, even though not all member states joined the common currency. Moreover, the recognition of the Euro is admitted by various states as a symbol of Europe and the Euro travels worldwide. As a result, one more step was taken by the Union in the path of the creation of European identity by establishing new symbols.

The symbols installed by the Union are not only the establishment of the Single Market, the single currency and the award, but also a flag, an anthem, posters, The Television Without Frontiers broadcasts, exchange programs, direct voting to European Parliament, the staff of the European Commission, Eurovision Song Contest and so on (Shore, 2000). The list of symbols can go deep down into the European Union’s bones. What should be acknowledged here is that to provide and promote European identity, the European Union has conceived symbols that can be noticed by people every day. The founding fathers of the EU perceived that when people have to approach the characteristics of their culture and identity by themselves, it is more likely that each of them will interpret different judgments and there will not be a unification. However, when you show these people that they already have commonalities to share and put these in front of their eyes it will be easier for them to acknowledge. Accordingly, the cultural symbols of the European Union, therefore the Europeans, have been implemented in people’s social life one by one.

As discussed above, the European Union has been working on the transition from national or personal identities to the ‘European identity’ from the beginning of its history. It is accurate to say that definitions of ‘Europe’ and ‘European’ are available today. However, when we ask the question of whether the construction of a European identity is completed or not, the answer is discussable from various perspectives. In other words, even though the ‘European identity’ and ‘people’s Europe’ have been built, whether they interpenetrate in people’s feelings is problematic. When we take a look at surveys on people’s opinions of their identities, we see that most ‘Europeans’ prioritize their national identity over their European identity (Fuchs & Klingemann, 2011). Either they do not feel or define themselves as a European or having a European identity, therefore the European consciousness comes after their nations. What should be interpreted from here is that despite the implementations and symbols of the European Union, the European consciousness is still not completed and lacks people’s support. As a provider of these surveys and researches, the European Union is aware of this problem, and therefore, it aims to cover the deficit with further integration. Moreover, the Union aims to integrate into the states in differentiated ways to answer their various willingness.